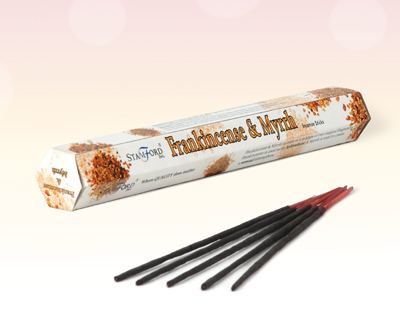 The ability of frankincense to calm a troubled mind is virtually unsurpassed, which is the reason why the resin has been used for thousands of years in meditation and prayer.

For thousands of years throughout the Middle East myrrh was used as an ingredient in incenses, cosmetics, perfumes and medicines. Together with frankincense, elemi, opopanax and benzoin, myrrh is one of the oldest medicines derived from a resin, and has been traded as a commodity for over 3,000 years.

Supplied in tubes of 20 sticks.