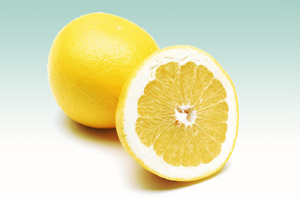 Israeli scientists may have discovered an effective new way to treat high cholesterol and diabetes naturally. Dr. Yaakov Nahmias from the Benin School of Engineering and Computer Science at Hebrew University and his colleagues have discovered that naringenin, a molecule in grapefruits that gives the fruit its bitter taste, can help to treat arteriosclerosis, hyper-metabolism, and even diabetes.

The study, which was recently published in the journal PLoS One, explains that when a highly-bioavailable ‘nano-complex’ of naringenin is consumed just before a meal that is high in fat and sugar, it can reduce the development of bad cholesterol by roughly 42 percent, and actually increase insulin sensitivity by 64 percent.

Dr. Nahmias and his colleagues allege that naringenin in its natural form is not very easily absorbed by the body. So they developed what they say is an improved version on the substance, which is surrounded by a ring of sugar called cyclodextrin, and that is 11 times more bioavailable than naringenin that comes straight from a grapefruit.

‘The complex is special in that it is taken just before a meal, as a preventative measure,’ said Dr. Nahmias. ‘In comparison, existing medications are given only after the chronic development of abnormal lipid levels in the blood.’

Because the development of the new naringenin supplement involved the use of a type of nanotechnology, it is unclear whether or not this modified version poses any health threats. Some nano-type supplements, such as colloidal silver, have been safely and effectively used as natural remedies by many patients, while others may not have been effectively tested. Further studies will be necessary to form a solid conclusion.

When consuming or using any natural products that contain nano-sized particles, it is important to verify what type they are, and how they were developed. ‘Green’ nanotechnology, for instance, can induce positive changes to various substances without using unnatural or toxic means to do so. See this article for more;-
http://www.naturalnews.com/030750_cinnamon_nanotechnology.html 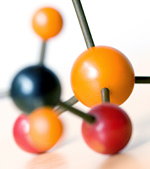 Naringenin is a type of flavonoid that is considered to have a bioactive effect on human health as antioxidant, free radical scavenger, anti-inflammatory, carbohydrate metabolism promoter, and immune system modulator.

It has shown tremendous promise for preventing weight gain and other signs of metabolic syndrome which can lead to Type 2 Diabetes and increased risk of cardiovascular disease.

The researchers say that these properties suggest it could be acting in a similar way to drugs such as fibrates and glitazones, which are used to treat people with high levels of fats in the blood and to treat type 2 diabetes respectively.