Home » News and Industry » Brexit: What Impact On The Aromatherapy Industry? 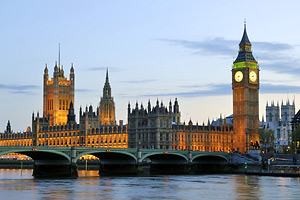 On June 23 2016, the United Kingdom held a referendum for the people to decide whether they wanted to remain in the European Union, or preferred to exit (Brexit).

It was the highest turnout for a UK-wide vote since the General Election back in 1992, and the nation held its breath until 7.00am on the 24th when it was officially announced that the vote was for ‘out’.

This historic decision shocked the world and has divided the United Kingdom, as well as causing the financial markets to plummet. The sense of uncertainty created has sent ripples around the world, and the subsequent resignation of Prime Minister David Cameron only hours later hardly helped to help stabilize the situation.

That was 5 days ago, and with all this uncertainty and a total lack of leadership, speculation is rife about the future of many aspects for business in the UK. There are many unanswered questions, and the Aromatherapy Trade Council (ATC) has already received numerous calls from worried manufacturers, aromatherapists and consumers who are asking if Brexit could negatively impact the aromatherapy industry.

While it is impossible right now to predict the long-term implications that Brexit may have on the aromatherapy industry, it is fairly safe to say that for at least the next two years it should be ‘business as usual’. This is because as far as the EU regulations governing aromatherapists and suppliers of aromatherapy and personal care products are concerned, nothing will change in the short term until we have completed the exit from the European Union.

These regulations include the General Product Safety Regulation, the Cosmetic Regulations, the Weights and Measures Regulations, the Control of Hazardous Chemicals (essential oils) and the various health and safety regulations suppliers currently have to comply with in order to ensure that the products they supply are safe for the consumer to use.

David Cameron announced on the morning of Friday 24th June that he will remain in office for three months before handing over to his successor, and he wants the next prime minister to immediately begin the negotiations with the EU over the precise terms of the exit. But before anything can actually happen, Article 50 of the Lisbon Treaty must be invoked, at which time the UK officially declares its intention to leave the EU.

Once the UK exit has been officially announced it cannot be revoked, and then there is a period of two years during which the terms of exit have to be negotiated and completed. During this period, as far as we are aware at the moment, all the EU regulations that currently apply to our industry are still legally binding. Since it seems unlikely Britain will officially leave before the summer of 2018 all the legal instruments described above will remain in place until repealed by the UK’s parliament.

At some stage during the negotiations the UK government will have to decide which of our current laws and regulations they wish to keep, and choose those they want to amend, and then finally put a plan together to achieve the changes. Approximately 60% of these laws and regulations were put in place by the EU, or are based on EU directives – so there is a tremendous amount of work to do. No doubt the process of leaving the EU will become clearer as the UK works its way through the ‘divorce’ procedure.

No matter what changes the UK decides to make with the regulations in the future, all products supplied to EU member states from the UK must continue to comply with the existing EU regulations. And it seems highly unlikely all of these are going to change any time soon! This means that manufacturers of aromatherapy products and cosmetics will have to comply with an even wider range of regulations to meet the compliance of the two separate regions.

In the meantime you might be interested in what the UK’s leading personal care industry trade association has to say about continued product safety on the Cosmetic, Toiletry & Perfumery Association (CTPA) website.

Here’s what the European Commission has to say about the UK’s obligations whilst the UK prepares to leave the EU.