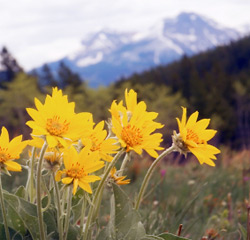 New to the Quinessence Aromatherapy Collection for 2012 is infused Arnica Oil, which is renowned for its unique anti-inflammatory, soothing and healing properties. Arnica’s reputation for reducing pain and swelling is both legendary and well deserved, and this is why we included it in the formula for Aroma-botanicals Therapy Base Cream almost 10 years ago!

Several customers recently have asked us to stock the oil, so we have now secured a source of high quality organic material manufactured in Holland. Quinessence Arnica Oil is produced by macerating the flowers of Arnica montana in organic sunflower oil which is rich in vitamin E. This versatile infused oil can be used either on its own or blended with another carrier oil for massage, and of course suitable essential oils can be added to arnica to produce a really powerful treatment.

Native to the mountainous regions of Europe and Siberia, arnica (Arnica montana) has been of significant importance as a medicinal plant throughout these regions since the 15th century, and it is still highly popular in herbal medicine today. Due to its proven efficacy it is still included in the herbal pharmacopoeias of several countries, including Germany, the United Kingdom and USA.

Applied externally, arnica oil has been traditionally used to treat a wide range of conditions including arthritis, bruises, chilblains, dislocated shoulders, haematomas, insect bites, lumbago, muscular strains, rheumatism, swollen ankles and torn ligaments. The antiseptic, antibacterial and healing properties of arnica oil also make it helpful in treating a number of skin ailments such as acne, boils and spots, and is even reputed to help with hair loss.

At one time the mountain dwellers of Europe would smoke the dried leaves as a treatment for respiratory conditions such as bronchitis, coughs and colds, which led to its common name of ‘mountain tobacco’. Arnica is also known as Leopard’s bane and Wolfs bane, but these common names are also used by other plants from entirely separate species, reminding us again the confusion caused by using the common names of plants.

From the Asteraceae family, arnica is an herbaceous perennial sub-alpine herb with bright green leaves that form a rosette at its base, and tall stems reaching a height of between 30 to 60 centimetres supporting a single flower. Similar to daisies in appearance, the bright yellow flowers begin to appear in May and are harvested when in full bloom during late summer for use in creams, ointments, salves, tinctures for homeopathy, and of course macerating in vegetable oils to produce an infused oil.

The chemistry of arnica has been well studied, and modern research has corroborated the traditional uses of this amazing plant. In the early 1980s, German investigators identified two key components in arnica; the sesquiterpene lactones helanalin and dihydrohelananin and their derivatives which help reduce inflammation and alleviate pain. Another study in 2002 demonstrated that these constituents work by reducing the delivery of inflammatory cytokines which inflamed tissues over-produce.

When used in aromatherapy arnica oil is invaluable when treating bruises, sprains, pulled muscles, torn ligaments, and in fact all types of sports injuries. Arnica oil works best when applied quickly to injuries so many athletes apply arnica oil before and after sports to help keep any possible damage and inflammation due to injuries to a minimum.

Today, the process of infusing oils is often reserved for plants and flowers that are not steam distilled or solvent extracted.

In practice, it would not be commercially viable to extract these oils in the usual way due to the high cost involved. 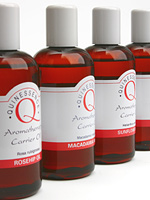