Soothe Your Stress With Flowers! 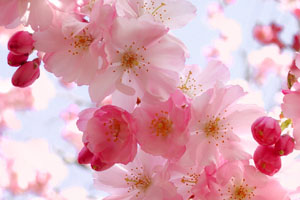 Many people find that flowers bring a soothing and calming effect that can’t yet be explained fully scientifically.

Over recent years though, medical studies have begun to agree with what has been written by many cultures throughout recorded history – flowers have the ability to affect our emotions.

And if you are a devotee of aromatherapy, you will no doubt have already learned that spending time around flowers is almost as good for stress relief as using your essential oils! Hardy surprising, when you stop to think about it. Flowers just seem to lift us up and take our mind off the pressures of the day. They simply make us happy.

In fact, the effects of flowers can be so powerful that throughout history they have been used to symbolize love, devotion, courage, and more. Roses were painted on the shields of Persian warriors for protection and courage, and rose petals were thrown under the chariot wheels of Roman heroes returning from battle. Today, bunches of roses are given either as a gesture of love, or in the form of an apology!

Cherry blossoms are known as Sakura by the Japanese, and are treated as nature’s subtle and beautiful way of reminding mortals of the short and fragile nature of life as believed by Japanese who practice their Zen and Shinto religions. Flowers can have many meanings and many implications that vary from culture to culture, but increasingly it is becoming apparent that flowers really can be helpful with stress management.

Studies conducted by various organizations and groups in Japan and South Korea have found data that appears to indicate that growing flowers or simply viewing a flower garden is an effective form of stress management. This can be seen in practice during Hanami, the three days of spring in Japan where most Japanese traditionally spend a day viewing the blooming cherry blossoms.

According to these studies, many people showed remarkably lower levels of stress compared to those who did not venture out to enjoy the blossoms. This effect has been associated in the past by other cultures and countries as well, as exemplified by the popularity of vast flower gardens in European palaces and estates.

Common sense has long told people that being around flowers make people feel happy, and now science is at last starting to realize that common sense, in this case, may have been right all along. However, there is currently no data on how or why flowers are able to bring about such effects, or whether these effects are universal for all known flowers.

Still, there can be no disputing the fact that flowers can be an effective form of stress management and emotional therapy, although just how effective the treatment is varies from person to person. It is also unknown if the scent or the appearance of the flowers have any influence on the effect, but those containing essential oils and a pleasing aroma are surely the most likely to be effective. There might also be links to memory-based reactions to the flowers, but this has not yet been fully explored.

There have also been some investigations into how certain flowers seem to trigger specific emotions and stimulate certain areas of the brain. For example, roses seemed to interest areas of the brain that are known to react to intimacy and romance, which may explain why they’re such a popular choice for dating. Cherry blossoms and peach blossoms both appeared to have a soothing effect, relieving tension, particularly in large amounts.

Gardenias, hydrangeas, and other small flowers were also notable because they gave test subjects a sensation of tranquility and calm, stimulating areas similar to those touched upon by cherry and peach blossoms.

Sweet Relief – 4 Reasons To Reach For Cherries When Stressed

The Health Benefits Of Green Tea

Essential Oils For A Romantic Christmas

Tips For Managing And Minimizing Stress

Chrysanthemums and peach blossoms once had cultural connotations and historical links to the Japanese and Chinese imperial thrones.

Lotus flowers are often associated with narcotics and opium dens, probably due to the lotus being a popular motif in depictions of organized crime in early 19th century China.

Whether being viewed or received, studies have shown that flowers have an immediate effect on a person's mood, often alleviating the effects of depression and anxiety for a few minutes.

Evidence also suggests that they make excellent ways to regulate someone's mood, which is often considered an important component of stress management. 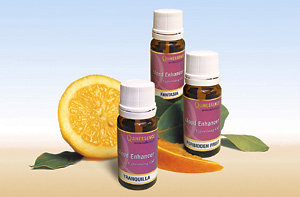 Instead of buying individual essential oils to make your own blends, why not save money with a ready-made, expertly blended Quinessence Mood Enhancers.