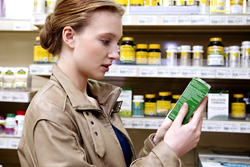 Hundreds of herbal medicinal products will be banned from sale in Britain next year under what campaigners say is a “discriminatory and disproportionate” European law. With four months to go before the EU-wide ban is implemented, thousands of patients face the loss of herbal remedies that have been used in the UK for decades.

From 1 May 2011, traditional herbal medicinal products must be licensed or prescribed by a registered herbal practitioner to comply with an EU directive passed in 2004. The directive was introduced in response to rising concern over adverse effects caused by herbal medicines.

The UK Medicines and Healthcare Products Regulatory Agency (MHRA) has issued more than a dozen safety alerts in the past two years, including one over aristolochia, a banned toxic plant derivative which caused kidney failure in two women.

Herbal practitioners say it is impossible for most herbal medicines to meet the licensing requirements for safety and quality, which are intended to be similar to those for pharmaceutical drugs, because of the cost of testing.

According to the Alliance for Natural Health (ANH), which represents herbal practitioners, not a single product used in traditional Chinese medicine or ayurvedic medicine has been licensed. In Europe, around 200 products from 27 plant species have been licensed but there are 300 plant species in use in the UK alone.

The ANH estimates the cost of obtaining a licence at between £80,000 and £120,000 per herb. They say this is affordable for single herbal products with big markets, such as echinacea, a remedy for colds and flu, but will drive small producers of medicines containing multiple herbs out of business.

Under EU law, statutorily regulated herbal practitioners will be permitted to continue prescribing unlicensed products. But the Coalition Government and the previous Labour administration have delayed plans to introduce a statutory herbal practitioner register.

This means thousands of patients who rely on herbal treatments face being denied access to them. Medical organisations, including the MHRA, have warned the measures may drive patients to obtain herbal medicines over the internet – where risks are much greater.

Michael McIntyre, the chairman of the European Herbal and Traditional Medicine Practitioners Association, said: “The problem is you can’t get a licence for many herbal medicines because they are grown in people’s back gardens and you can’t patent them. The implications are very serious. Patients want to receive treatment from trained and qualified practitioners but unless we have regulation they can’t have confidence in who is treating them. The worst outcome is that patients will end up going to the internet for their herbal medicines where there are no controls.”

Dr Rob Verkerk, of the ANH, said: “Thousands of people across Europe rely on herbal medicines to improve their quality of life. They don’t take them because they are sick – they take them to keep healthy. If these medicines are taken off the market, people will try and find them elsewhere, such as from the internet, where there is a genuine risk they will get low quality products, that either don’t work or are adulterated.”

The MHRA said it had received applications for licences for 166 herbal products, of which 78 had been granted. Sir Alasdair Breckenridge, chairman of the MHRA, said a register of herbalists was essential. “Just because something is natural doesn’t mean it is safe,” he said. “It is terribly important to have responsible people who have undergone training prescribing these products.”

Edzard Ernst, professor of complementary medicine at the University of Exeter, said proposals for regulation would be worthless unless they required practitioners to follow best evidence for the effects of their remedies. “It is in danger of regulating nonsense – and that must result in nonsense,” he said.
A review of the codes of conduct by which alternative practitioners were bound found the “vast majority” did not include an obligation to report adverse effects, he said. The only exception was the Chinese Herbal Medicine Code which advised members to report “cases of industrial poisoning or accident”.

A spokesman for the Department of Health said no decision had been made on a statutory register of herbal practitioners. “The Government is aware of the strength of feeling on this issue and is actively exploring options.”