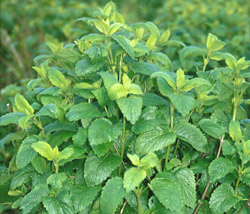 Aromatherapy treatments using melissa essential oil (Melissa officinalis) may help soothe agitation in patients with dementia, without causing any of the common side effects of drugs, according to UK researchers.

Dr. Clive G. Ballard and his colleagues at the Newcastle General Hospital in Newcastle upon Tyne, found that applying lotions containing melissa essential oil on patients with dementia appeared to help reduce agitation and increase quality of life more effectively than a placebo lotion.

These results are especially notable, the authors write, given that patients who suffer from agitation as a result of their dementia are currently treated with neuroleptics, also known as anti-psychotic drugs. Although recent studies have suggested that these drugs may help some demented patients, they carry a risk of potentially serious side effects, such as falls and an accelerated decline in mental ability.

Furthermore, neuroleptics may have a negative impact on certain aspects of quality of life, including a patient’s sense of well-being and ability to interact socially.

According to the researchers, treatment for agitation related to dementia is needed since more than half of people with dementia and Alzheimer’s disease also have behavioral or psychiatric problems. Most often, these additional symptoms include agitation, in which patients express a combination of aggression and restlessness and appear severely anxious.

In the present study, published in the July 2002 issue of the Journal of Clinical Psychiatry, Barron and his team compared the effect of lotions containing melissa essential oil to those containing sunflower oil, or placebo, in 72 demented patients with agitation. Lotions were applied to patients’ faces and arms twice a day for 4 weeks.

The authors found that 60% of patients given the lotion containing melissa essential oil had a 30% reduction in their symptoms of agitation, which was seen in only 14% of those treated with the placebo lotion. Furthermore, patients given the essential oil were more likely than others to have improvements in certain aspects of quality of life, for example spending less time alone and more time engaged in constructive activities.

“The results indicate that aromatherapy with essential balm (melissa essential oil) oil is safe, well tolerated, and highly efficacious, with additional benefits on key quality of life parameters,” Barron and his colleagues write.

“These findings clearly indicate the need for longer-term multicenter trials investigating the role and mechanisms of action of aromatherapy as an adjunct and/or an alternative to psychotropic medication for the treatment of agitation in people with severe dementia,” they conclude.

Melissa essential oil relaxes and strengthens the nervous system, and excels when used to combat anxiety or stress type conditions such as an upset digestive system or irritable bowel syndrome.

It also helps to lower high blood pressure, and as a tonic benefits the heart and cardiovascular system. 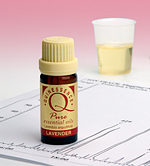