Healing Herbs In The News Again 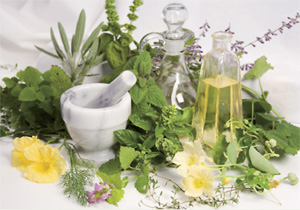 More Americans are turning to herbs than ever before, demonstrating a greater interest in natural remedies and self health care. According to several sources including SPINS data, Nutrition Business Journal and Symphony IRL, 2010 sales of herbal remedies crept up 3.3 percent over sales in 2009. HerbalGram, the Journal of the American Botanical Council, reported that Americans spent an estimated 5.2 billion in herbal supplement sales in 2010. The biggest shares of supplement sales went to flax seed oil, wheat grass and barley grass juices, aloe vera, turmeric, cranberry, saw palmetto, soy, garlic and ginkgo.

In a recent review of anti-rheumatic herbals, preparations of Devil’s claw (Harpagophytum procumbens), a sharp thorny desert plant from Africa demonstrated efficacy, especially for lower back pain. Capsaicin, the resinous oil of hot peppers, showed pain-relieving properties when applied topically. Neither result is much of a surprise, given that other studies have shown similar efficacy. Capsaicin in particular is widely used, and creams made with this natural oil are the most widely recommended topical arthritis pain relievers recommended by physicians. In the review, Sativex, a fluid cannabis-based drug from the UK also showed pain-relieving properties, as did Cat’s claw bark (Uncaria tomentosa) from the Amazon rainforest. All the pain-relieving agents except the Sativex are readily available in the U.S. market.

According to an article in the October 11, 2010 issue of the Journal of Pharmacology, Spanish sage (Salvia lavandulifolia) is such a potent brain-enhancer, it can improve cognition in a single dose. In a study, thirty-six young men and women were trained in a battery of tests. One week later, they returned to the testing center, where they were given either a single capsule of Spanish sage essential oil or a placebo of pure olive oil. One hour and four hours after consuming the oil, the individuals were run through the battery of tests.

According to their scores, those who took the single capsules of Spanish sage essential oil scored better in a simple reaction time test, delayed word recall, delayed word recognition, and delayed picture recognition. The individuals who took the sage oil also reported less fatigue after testing than other participants. The conclusion of the authors of the study is that Spanish sage oil may play a significant role in mental enhancement, and may prove valuable to those who are memory impaired.

A heart health study conducted at University of Texas found that a supplement containing both beetroot and the herb hawthorn enhances heart health by improving nitrous oxide (NO) values in the blood, dilating blood vessels, lowering blood pressure, and enhancing blood flow. In other studies, hawthorn alone has demonstrated significant heart-enhancing properties, including the ability to strengthen heart muscle, improve blood flow, make the heart less sensitive to nervous shock, and to enhance integrity of blood vessel walls. This new study combining hawthorn and beet root shows that the NO – enhancing properties of these two ingredients also plays a potentially valuable role in maintaining a healthy heart.

Lastly, a study of the Amazon super fruit acai showed that the popular purple food may reduce some aspects of metabolic syndrome. This disorder is characterized by high blood pressure, high insulin levels, high cholesterol and excess fat around the waist. Unchecked, metabolic syndrome can lead to heart attack, stroke and diabetes. In the study, ten obese people were given 200 grams of acai fruit pulp daily for a month. At the end of the trial, the subjects showed reduced cholesterol, glucose and insulin levels. This suggests that acai fruit may help people to stabilize their bodies, and possible avoid grave and fatal degenerative disorders.