Don’t Let Procrastination Hold You Back 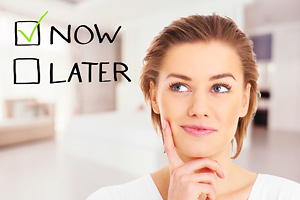 If you are one of the few people who isn’t plagued with the problem of procrastination then you’re blessed beyond all measure.

This time bandit can quietly rob you of precious minutes, or hours, and before you realize it, even months or years can pass without you having taken action. Although we all procrastinate a little, some people literally procrastinate their lives away.

The task you intended to complete today was put off until tomorrow, and then there was a good reason to put it off until the day after. Waiting until next week to get started seemed like a much better idea, but then there were the holidays – so waiting until next month makes more sense. A year later, you still haven’t got around to the task, but now you can’t seem to remember why. Stagnant or Stuck are no places to be, in the modern world.

Procrastination comes in many disguises. Sometimes it’s called rationalization. You say to yourself, ‘I didn’t get started on that project because the weather was too hot, or I didn’t have all the things I needed to do the job.’ It’s always easy to come up with lots of good reasons to delay a project. Often it is a subconscious fear of failure that prevents us from getting started. Other times we are just way out of our comfort-zone on a project, and decide to retreat back into our shells for safety and comfort.

The problem is this type of procrastination can easily become a habit, and if you keep putting things off then procrastination will be your constant companion. We often justify delaying a job simply because there are lots of other things that are more important to do first. Except we don’t even get around to doing these jobs either. 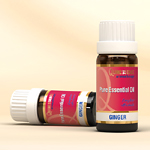 Obviously, there are no essential oils that will eliminate procrastination, but several oils can help improve your focus, determination and self confidence.

In this way, these essential oils will provide support whilst you work to break the habit of procrastination.

These recipes can be used in massage blends, a burner, or in a bath. Feel free to experiment with the number of drops, but be sure to use a bath dispersant and agitate the water before using them in a bath.

You must learn to recognize the difference between a real reason to delay doing something, as opposed to just avoiding doing something you simply don’t want to do. Ask yourself if that job really needs to be done and if your answer is yes, then get it done and afterwards reward yourself for a victory over procrastination. Now the job has been completed, step back and assess what you’ve done and ask yourself why you had been putting off getting the job started.

Perhaps you were procrastinating for good reason, but that’s rarely the case. Often, we avoid taking action by pretending to be busy checking our email or checking for messages on Facebook or Snapchat etc. Other times we distract ourselves by playing an on-line game or surfing the TV to see if we’re missing something more interesting. Sound familiar?

A lack of direction can cause you to procrastinate simply because you’re not sure what to do next. Disorganization could well be the father of procrastination. So get organized with a simple to-do list that’s prioritized with the most important items at the top.

Make a promise to yourself that you won’t do anything else until you accomplish at least one thing on the list. You can make giant strides just by taking lots of tiny steps without putting pressure on yourself.

Some projects can often be particularly daunting, such as writing a book or completely renovating a house. Without a clear plan you won’t be able to see the light at the end of the tunnel, so be sure to map everything out and prioritize everything into smaller tasks to avoid becoming overwhelmed.

Feeling overwhelmed often leads to procrastination. This is where essential oils can be helpful, since they can help bring clarity of mind and calm our fears.

Tackling and completing a small manageable task is much more rewarding than trying to do everything at once. And no matter how small the finished task was, it’s still another step toward completion and it keeps you moving forward decisively towards your goal.

Your priority list keeps you tightly focused, and the path forward becomes apparent without any hesitation or need for further delay. The feeling of achievement when you get things done makes you feel so much better, and this can make a massive contribution towards holding a more positive outlook in your life. You feel more like a successful person, not a failure.

Remember that fear of failure is often what causes procrastination. But this is not where failure really lies; – the real failure is in never getting started. Difficult and dreaded tasks are rarely as bad as they seem at the beginning. So, make the decision to stop procrastinating today. Don’t put it off until tomorrow!

10 Ways To Reset Your Routine & Build A Healthier Lifestyle

How To Improve Your Motivation Naturally

How To Bounce Back When Your Diet Fails