Innovations In Women’s Health Shine Brightly This May 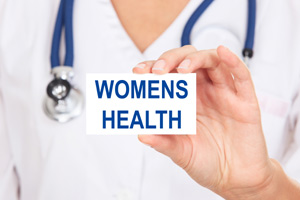 Prevention, diagnosis and treatment of women’s health conditions have come a long way, baby. In honor of Women’s Health Awareness Month and National Women’s Health Week (May 8-14), the popular health and wellness website EverydayHealth.com, is working with the HHS Office on Women’s Health and da Vinci Surgery to present “Women’s Works: Tools for a Healthier You.” Free educational programs are taking place at over 250 hospitals nationwide throughout the month of May. Each will shine a light on the advances and innovations in some of the top conditions that affect women. Events are made possible through support by da Vinci Surgery.

Women are the family health managers, and they often put themselves last. “Fear prevents a lot of women from making the necessary appointments for medical tests to stay healthy,” explained Jenny Sucov, editor, EverydayHealth.com. “We wanted to focus on five major conditions affecting women’s health—from fibroids to breast cancer to osteoporosis—and dispel some old beliefs about what’s involved in certain procedures. Ultimately, we want to educate women and encourage them to take charge of their own health.”

Here’s a glimpse at some of the findings:

• Heart Disease. Researchers are working on better ways to evaluate heart disease in women, even routine assessment of risk factors like high cholesterol. For example, a recent study showed that a woman’s menstrual cycle can impact her cholesterol levels: high-density lipoprotein (HDL) levels peak around ovulation, when estrogen levels are highest, and total cholesterol and low-density lipoprotein (LDL) levels decline a couple of days after ovulation. “Until recently, we have not had scientific information to help us understand better how to predict, diagnose, prevent or treat heart disease in women,” says Dr. Vivian Pinn, director of the Federal Government’s Office of Research on Women’s Health. “This type of research is not only needed, but will be extremely beneficial in helping to improve the health of women.”

• Breast Cancer. Promising screening techniques and drug therapies are stirring new optimism. A new Computed Tomography (CT) scanner, custom designed for the breast, eliminates the need to compress breast tissue and produces a 3D image in as little as 10 seconds. The CT scanner can also detect tumors as small as 3 mm that are difficult to see on a mammogram.

• Fibroids. About one in five women develops uterine fibroids during her child-bearing years. Some fibroids don’t need treatment, or can be managed by taking birth-control pills or other drugs. But others do require surgery, in some cases a hysterectomy. In the past, a hysterectomy would require many weeks of painful recovery, leaving large scars. Thanks in part to newer robotic surgery techniques, called da Vinci Surgery, hysterectomy patients can leave the hospital the next morning with only a few tiny (1/2 to 1 inch) incisions to heal, reaching full recovery within days.

• Osteoporosis & Osteoarthritis. Advances are being made in the treatment of osteoporosis, namely drugs to increase bone mass rather than just prevent bone loss.

“Major new developments are expected in drugs that increase bone mass, rather than just inhibiting bone loss,” says Dr. Sundeep Khosla, professor of medicine at the Mayo Clinic and the president of the American Society for Bone and Mineral Research. One existing osteoporosis drug—Forteo—works in this way, but it’s expensive ($12,000 to $16,000 a year), requires daily injections, and has been shown to cause cancer in animals, so physicians usually limit its duration of use to a couple of years. “It was important for being the first in its class,” says Dr. Khosla, “but the pharmaceutical industry is busy developing new drugs to stimulate bone growth that aren’t as expensive and are easier to administer.”

• Gestational Diabetes. About 135,000 women in the United States are diagnosed with gestational diabetes each year, or 4 percent of all pregnant women. The number of women diagnosed with gestational diabetes may double under new testing standards announced in March, according to the American Diabetes Association. That would mean more women affected by the condition would have the chance to alter their diets or take medication to reduce their blood-sugar levels, keeping themselves—and their babies—safe. Left untreated, gestational diabetes can lead to overweight babies, complications during delivery and a higher risk for both mother and child of developing Type 2 diabetes later in life.

“If we can identify these women and intervene to make sure they’re taking preventative measures for themselves and their children, that would make a dent in the overall diabetes epidemic,” says Carol Homco, an ADA spokeswoman and associate professor of nursing at Temple University in Philadelphia.

Women are encouraged to put their health first, so they can better take care of their families today and every day. To read more about the exciting progress being made for women’s health and to find a free, educational event near you, log on to EverydayHealth.com.