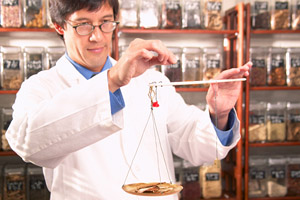 Western medicine has always been highly sceptical and slow to accept Chinese and other Eastern alternative methods of healing and disease prevention.

Thankfully, most physicians educated in the west are now learning to combine the techniques they learned in medical school with some of the known benefits of alternative and complementary medicine.

Dr. Mehmet Oz, a prominent surgeon frequently seen on the popular Oprah Winfrey Show, recently said that he uses the Eastern methods of reflexology and massage on each of his patients that undergo surgery. Dr. Oz said that he’s found the healing process after surgery to be accelerated when using these techniques. He’s certainly not the only one to embrace this valuable way of thinking as more surgeons look to therapies such as Reiki to help their patients heal.

Reiki is an Asian energy therapy, and is said to help put the body back into balance after a serious illness or surgery. This tradition requires a therapist who is trained on how to touch 12 to 15 points on the body to help relieve pain and stress associated with an illness or surgery.

Chinese research has recently said that combining Western and Eastern medical techniques was a good thing for both the patient and medical research in general. For example, research shows that a combination of Chinese herbs and radiation therapy for cancer patients can greatly reduce the number of tumours and enhance the immune system while receiving radiation.

Also contained in the Chinese research reports was proof that acupuncture does affect the central nervous system by releasing endorphins (pleasure hormones) from the brain and other areas of the body. These hormones are known to promote the health of the organs in our bodies. The simple act of daily meditation can promote immune system defence cells such as T-Cells that kill harmful viruses.

The concepts of Eastern medicine

To understand Eastern medicine concepts, you must first understand ‘Eastern society.’ It’s a society steeped in tradition and social interaction with centuries behind it. According to the Chinese, the forces in the universe are believed to affect everything in life, including our health. These forces are represented by the symbol of yin and yang, the two most powerful cosmic forces in the universe.

From these ancient beliefs, the Chinese developed a technology for health care that in many ways rivals that of Western medicine. Our internal organs are considered to be yin, while yang represents our external organs (such as our skin). The foods, including herbs that we eat, contain universal elements that help to stabilize our bodies.

If we eat the correct combination of yin and yang foods, our bodies will be in balance. Most illnesses are the result of us not eating the proper foods and not exercising and resting our bodies and minds. If you eat an excess of either yin or yang foods, even though they’re “good” for you, your balance will be disrupted and illnesses or aches and pains may occur.

Besides eating the proper foods to balance our bodies, Eastern culture developed exercises such as Tai Chi. Tai Chi is an exercise in which you move slowly to promote balance and equilibrium. Both this exercise and others, such as yoga, also advances increased blood flow.

Critics always claim that many Eastern therapies (such as meditation) are the result of the placebo effect, but little by little, new findings from both Western and Eastern sources are proving them wrong. However, in order to combine the best of both the Western and Eastern philosophies, an understanding must be reached that addresses lifestyle as well. we all know now that lifestyle and health are inexorably linked.

The Eastern philosophy embraces prevention of disease by cultivating a more healthful lifestyle through diet and exercise, whereas the Western philosophy tends to treat illnesses only after they appear, with little thought to prevention or psychological support.

Now, more physicians are combining traditional Chinese medicine and other alternative methods with Western medicine techniques to help their patients. It’s believed that over one-third of Americans use some type of alternative or complementary medicine to combine with conventional medical practices.

The studies and research being conducted around the world today confirms the value of the Eastern methods, and should encourage the medical profession to take a much closer look at alternative methods for health care.

How To Combat Freshers’ Flu Naturally

Essential Oils For A Summer Detox