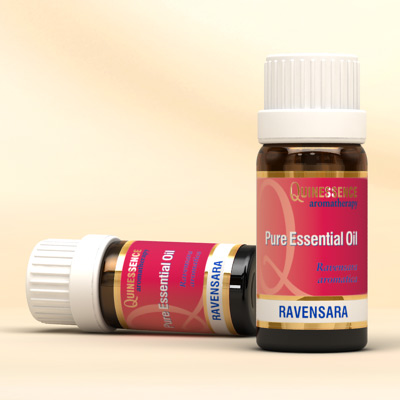 Antibacterial, stimulating and uplifting. (See also Ravintsara) Obtained from the leaves of a tree native to Madagascar, Ravensara Essential Oil has a soft, sweet, camphoraceous and herbaceous aroma with liquorice-like overtones and woody back notes, although its chemistry and aroma can vary considerably. Inhaling this oil helps to keep airways clear and revives and refreshes your whole system.

The misidentification and confusion of the tree that produces the essential oil previously known as ‘ravensara’ has recently been corrected by botanists, so check that it really is Ravensara Essential Oil that you are looking for, and not ‘Ravintsara’. Please see the information below for further clarification of this issue.